Logs and pictures from Chris

There were obviously 2 males in the camp as  one roared right next to our room and another  sounded as if he was at the dining  room…..both roaring full volume.

Between roars there were silences which were rather unnerving  because they were so close.  I nearly jumped out  of my skin and slid as quietly as I could  under the blankets. I could hear the breathing  of one lion as he stood next to our room, really only 1 metre away from the bed!!!

Throughout the noise I was in contact with  our friend in the UK trying desperately to find  out how to record on either iPad or phone – all done under the blankets as I was afraid that a light or movement might interest the  lion…..

More drama was to come as the two  met up outside our room and roared  simultaneouslyTActually, terrifying. It was really much too close and every decibel and rasping breath was magnified by the close proximity.

There were lots of  roars and then grunts and half grunts and  then a few deep breaths. They moved to  the vehicles just near the solar panels and I  gather they lay down. There was blissful silence,  but they were obviously patrol roaring as  they roared every 7 to 10 minutes. After a  lengthy silence I thought they had gone, so I bravely crept out of bed and shone a light  near the vehicles only to switch it off in a  hurry as there was a big Lion standing with  his back to me (thankfully) just near the  solar panels.

Scarcely breathing I  inched back to bed and under the blankets  again as the pair finally moved towards  the Mushingashi having drenched the camp with  loud territorial roars for well over an  hour. 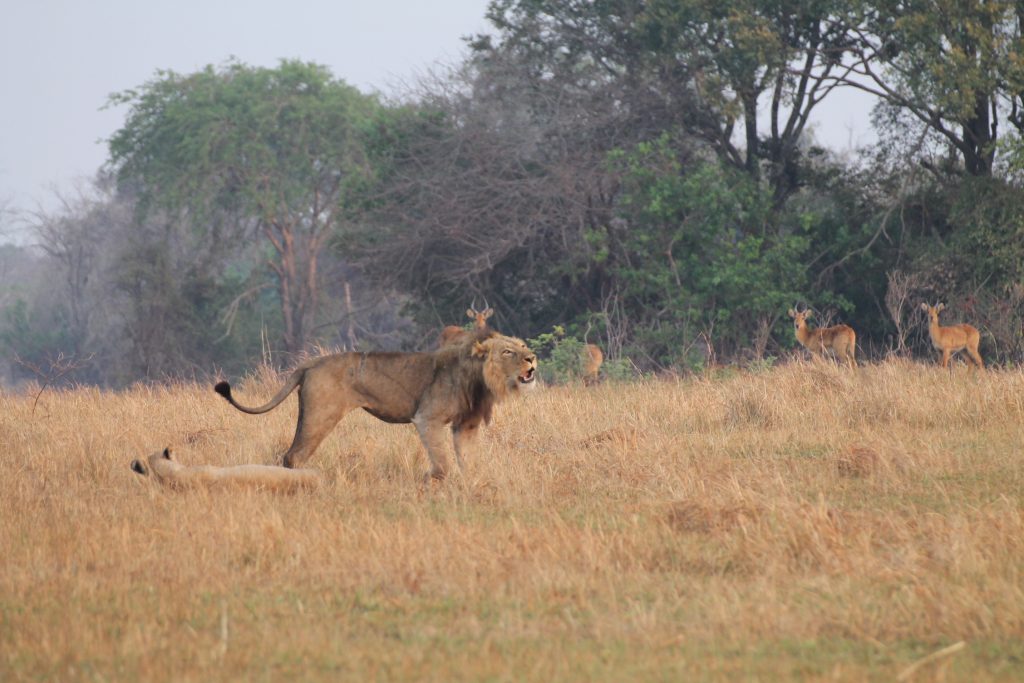 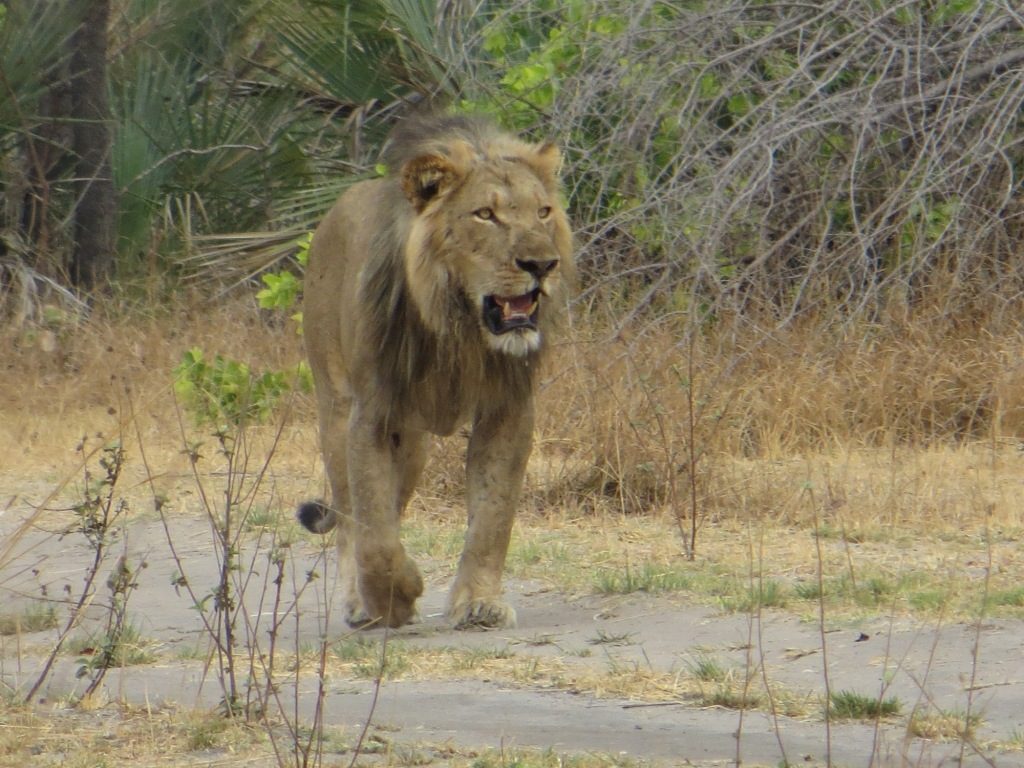 Elephant outside our house (5Mb) 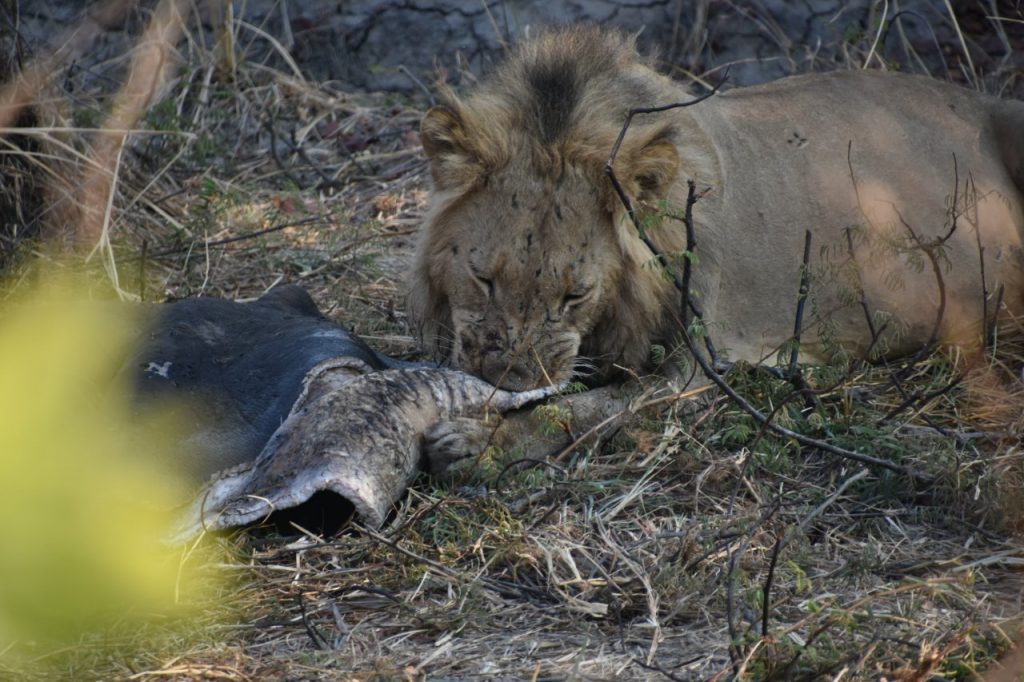 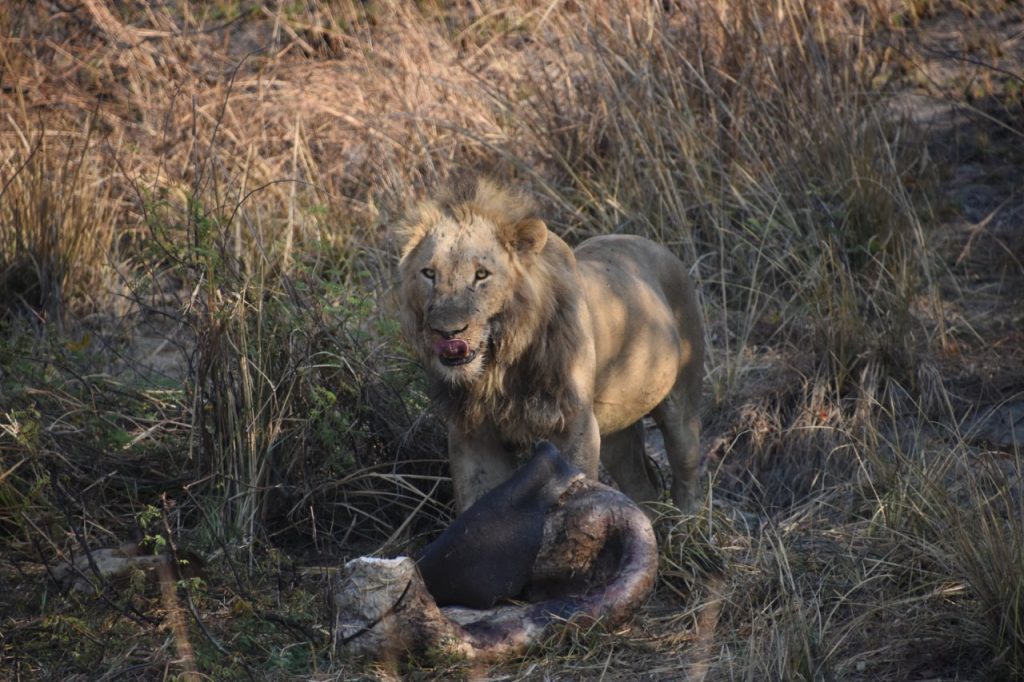 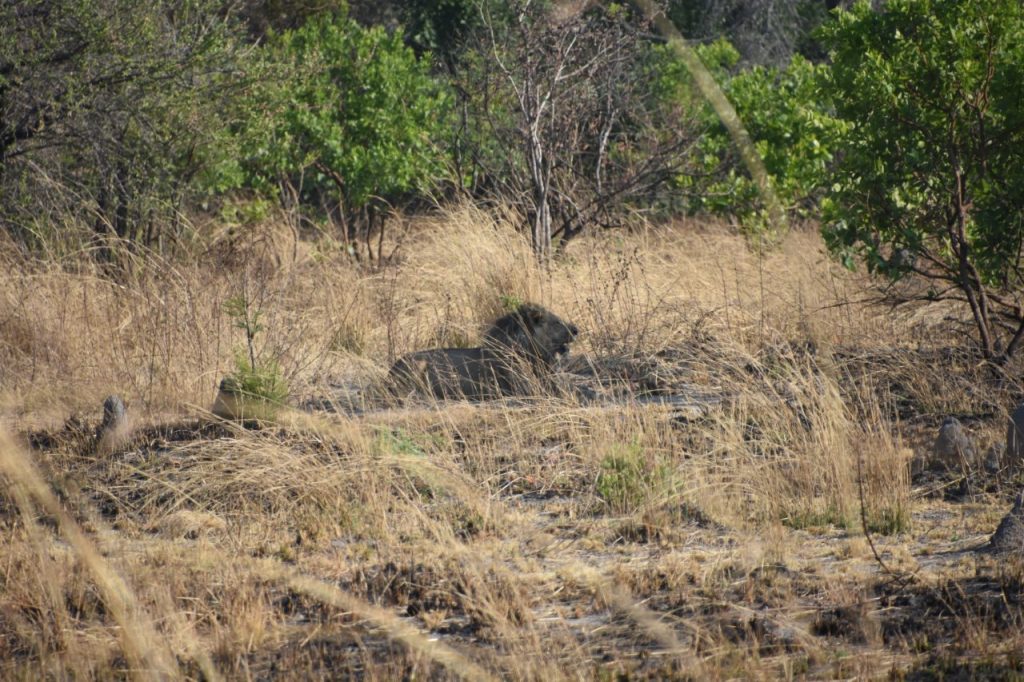 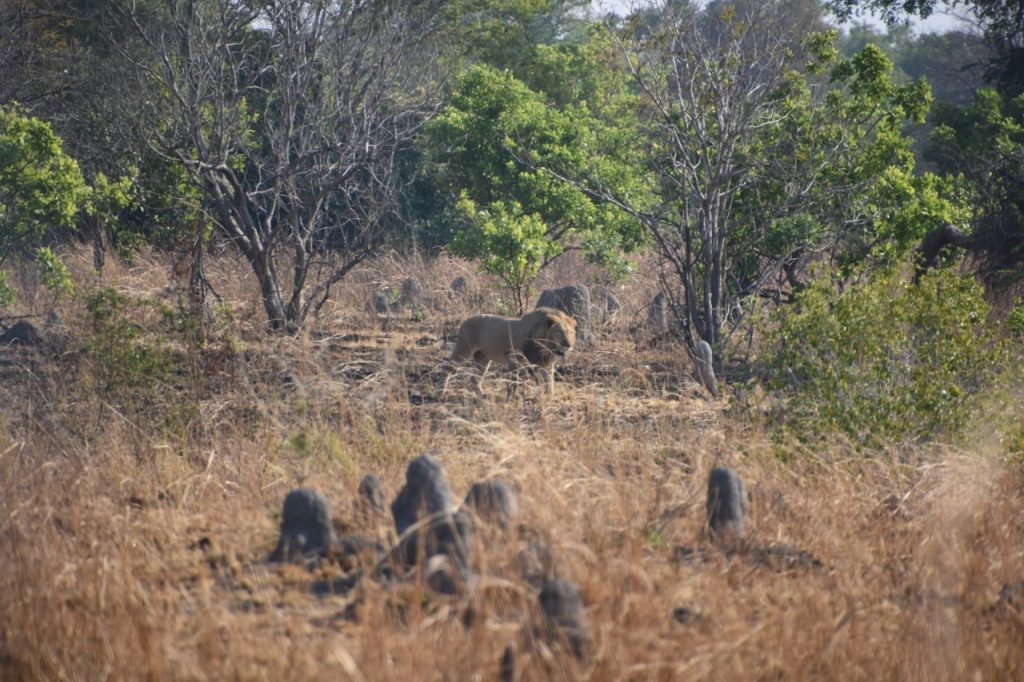 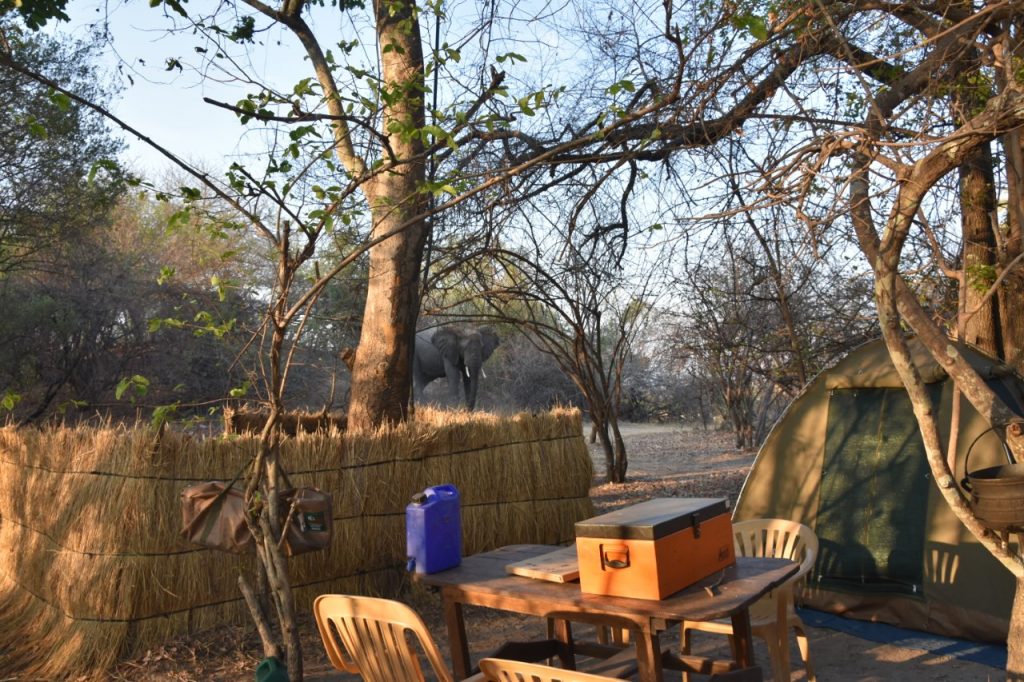 Elephant in the camp 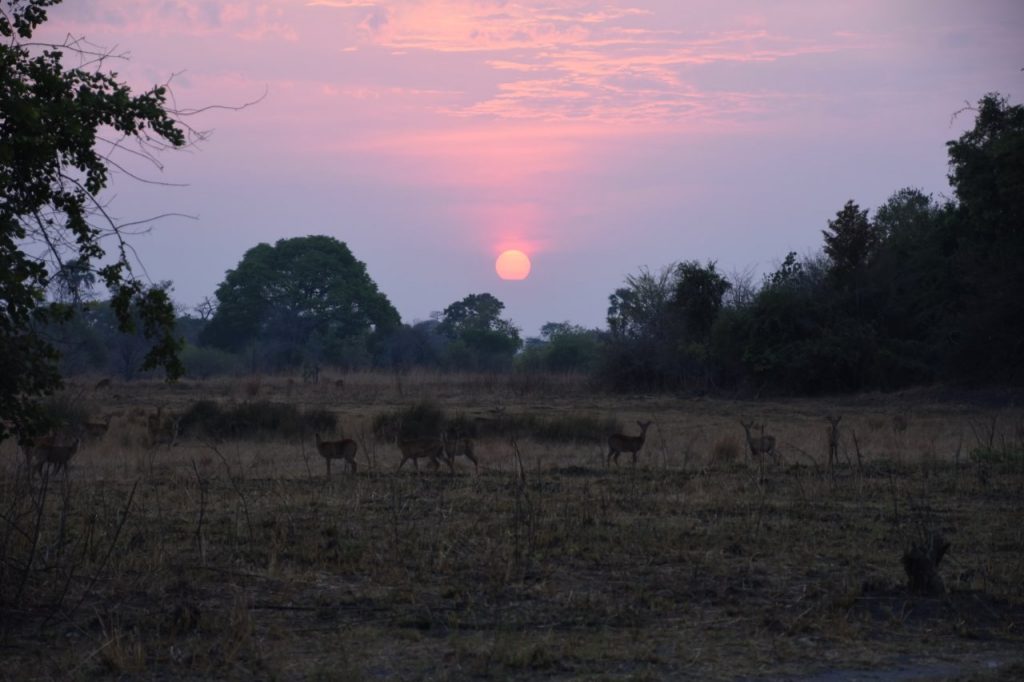 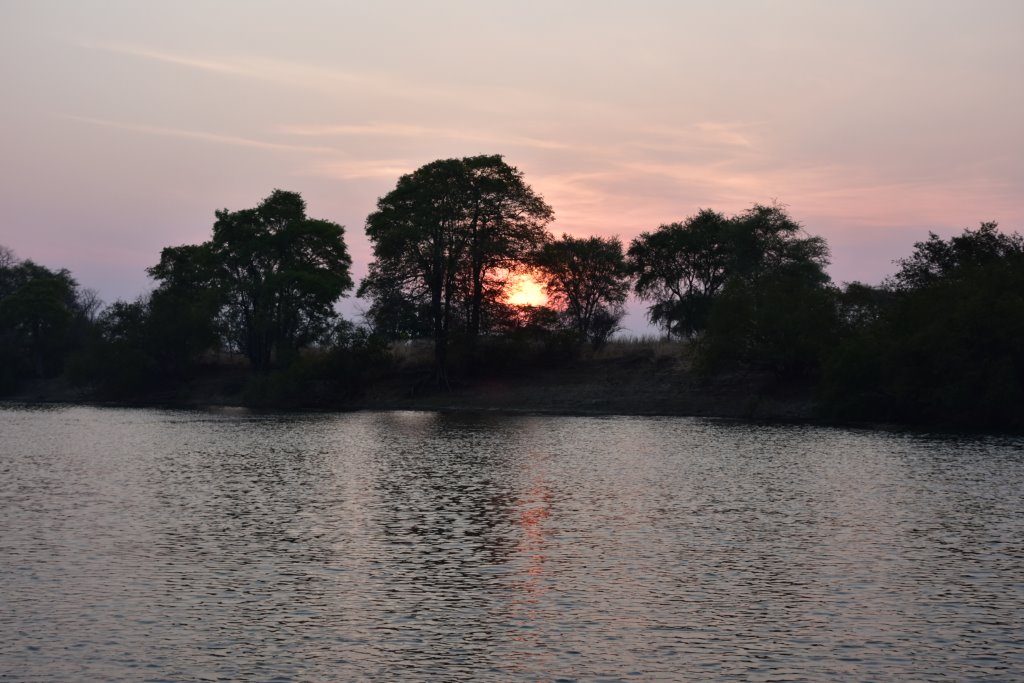 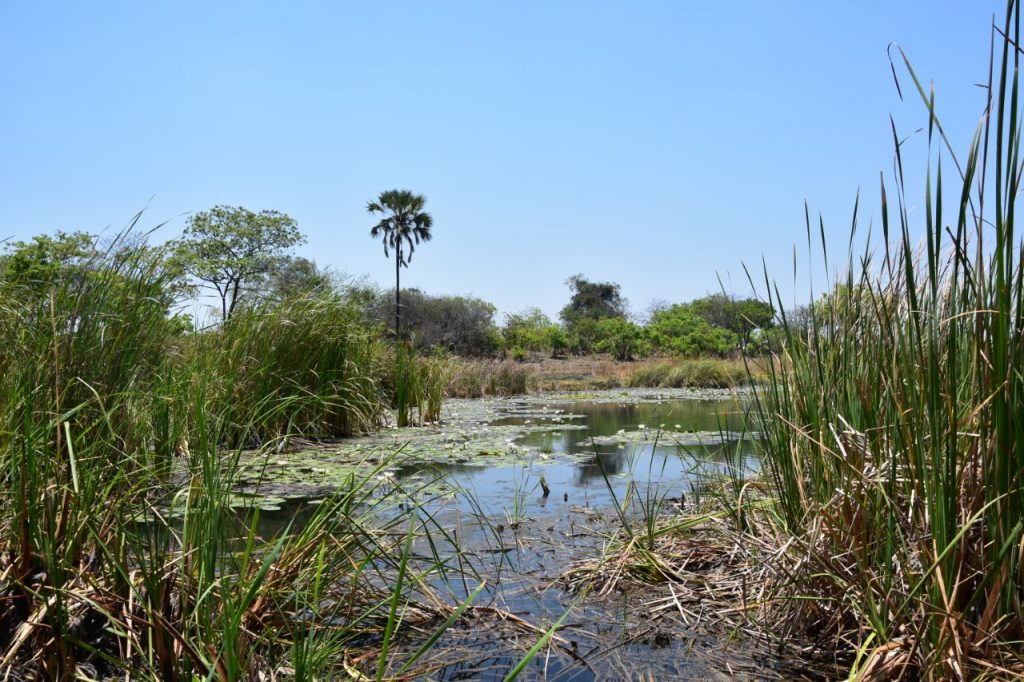 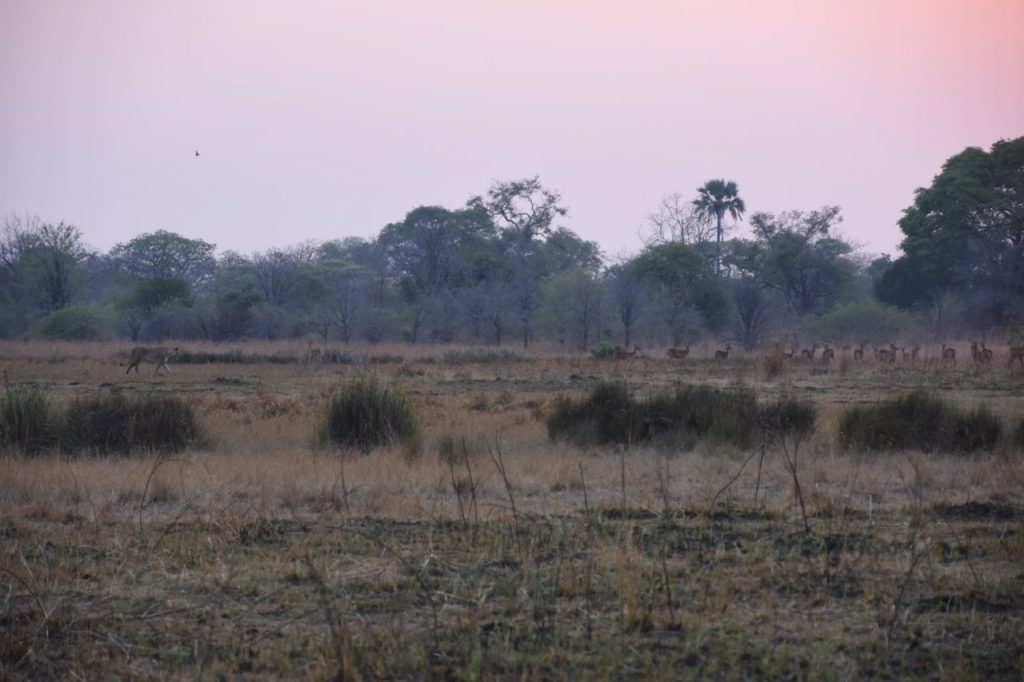 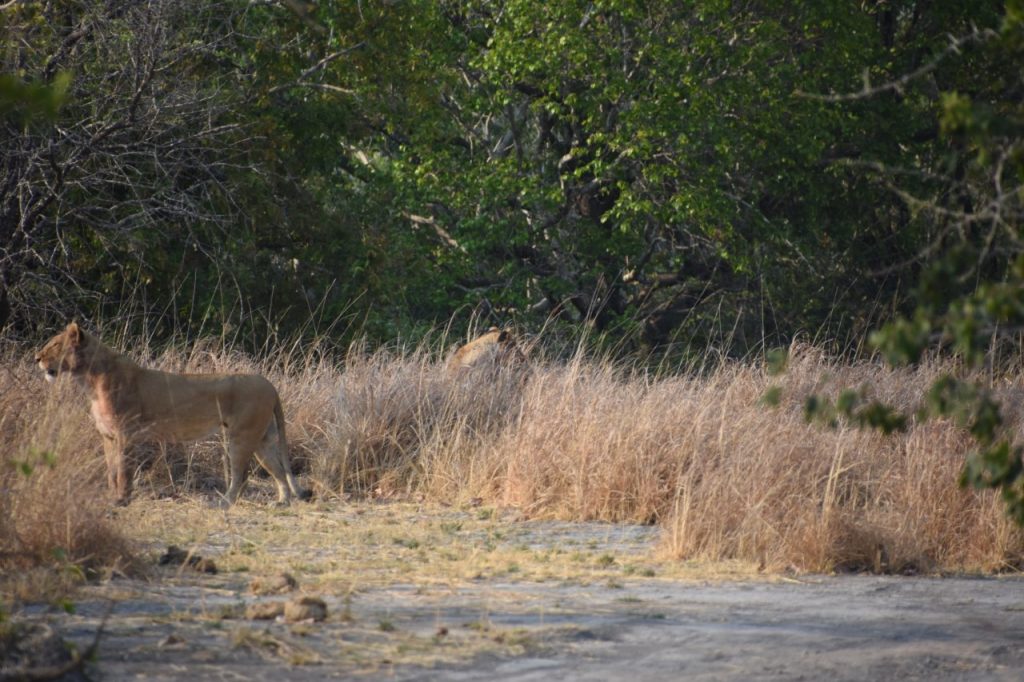 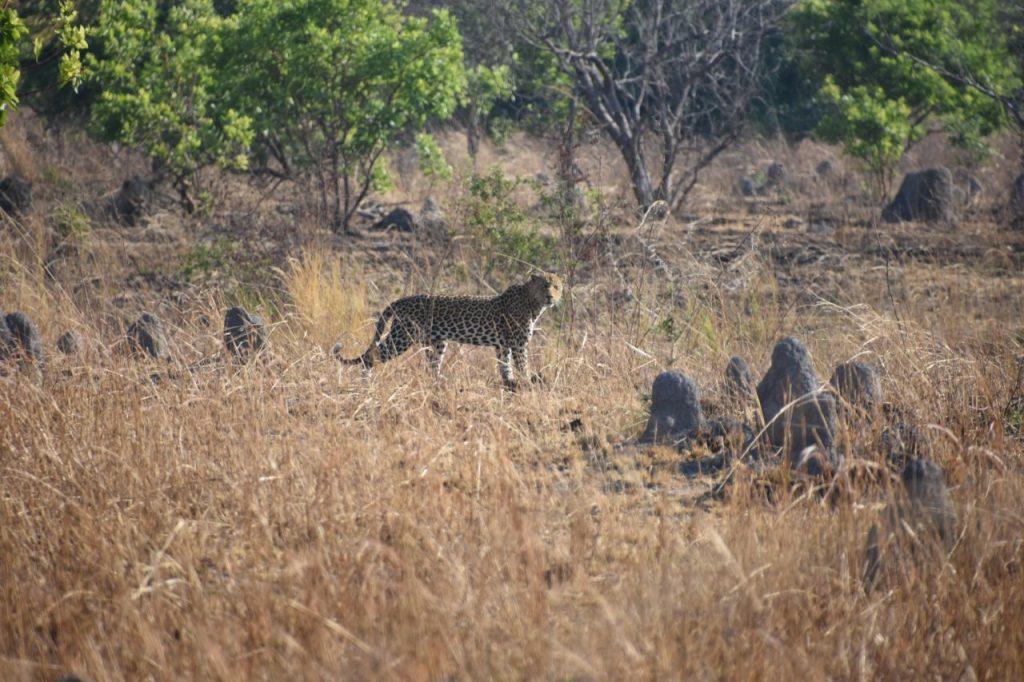 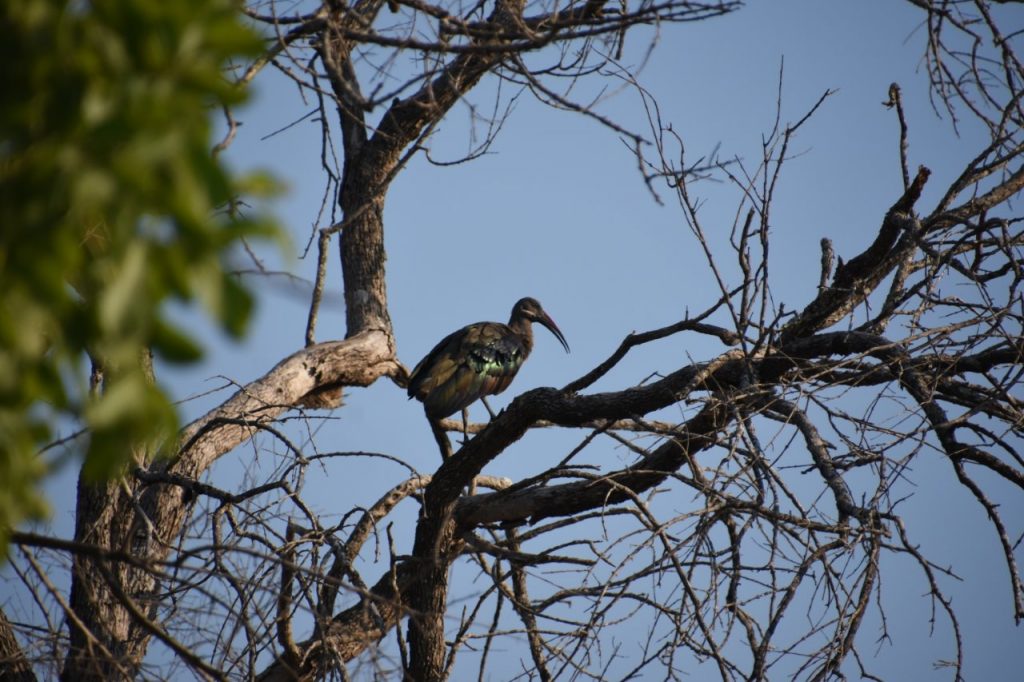 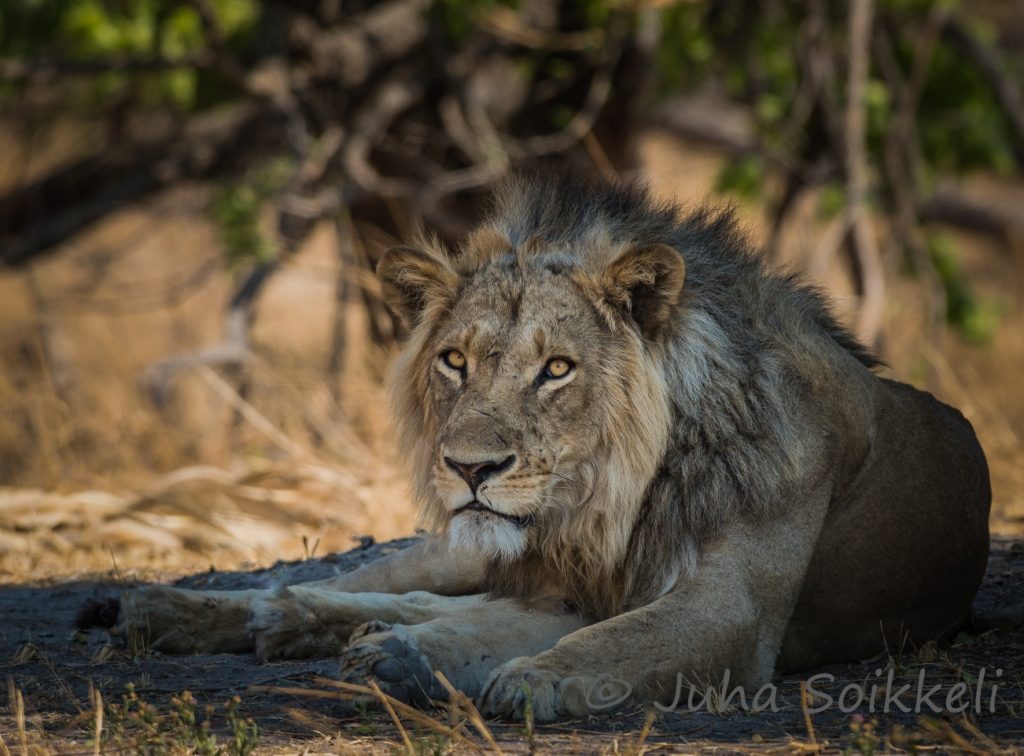 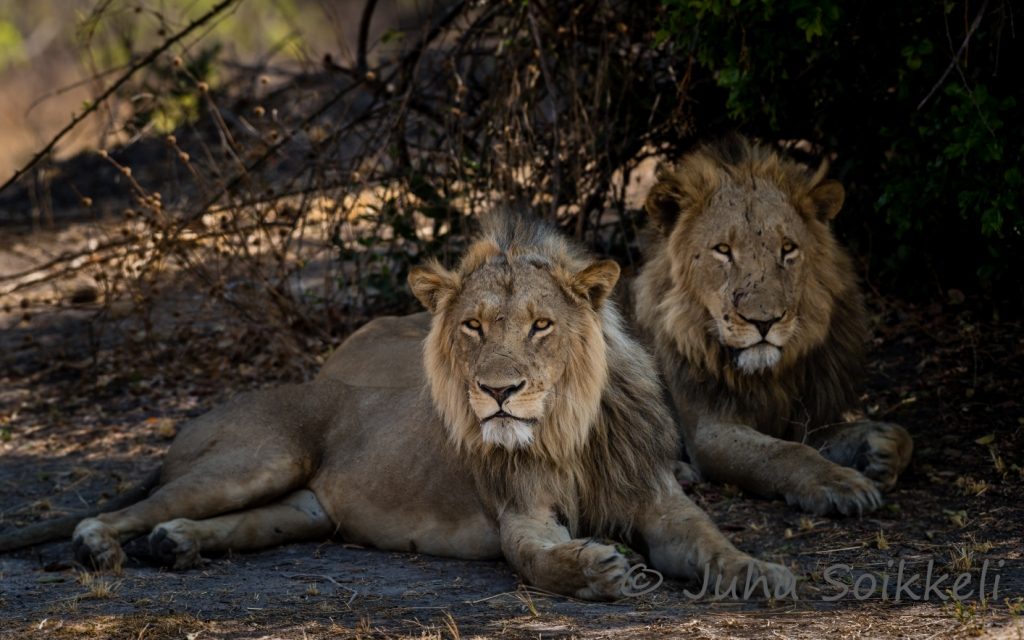 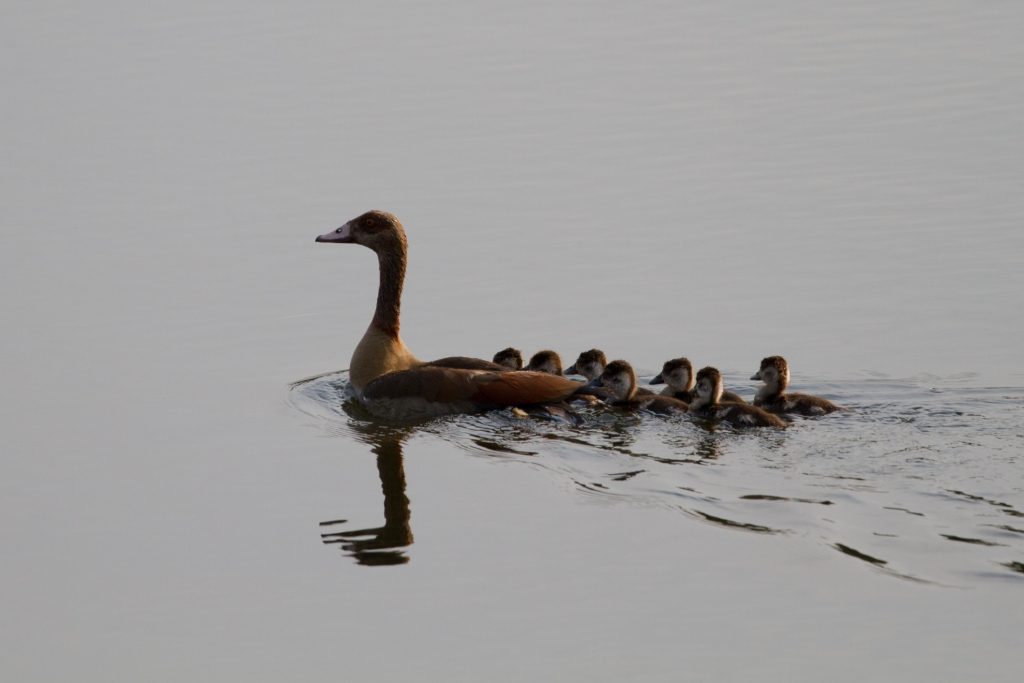 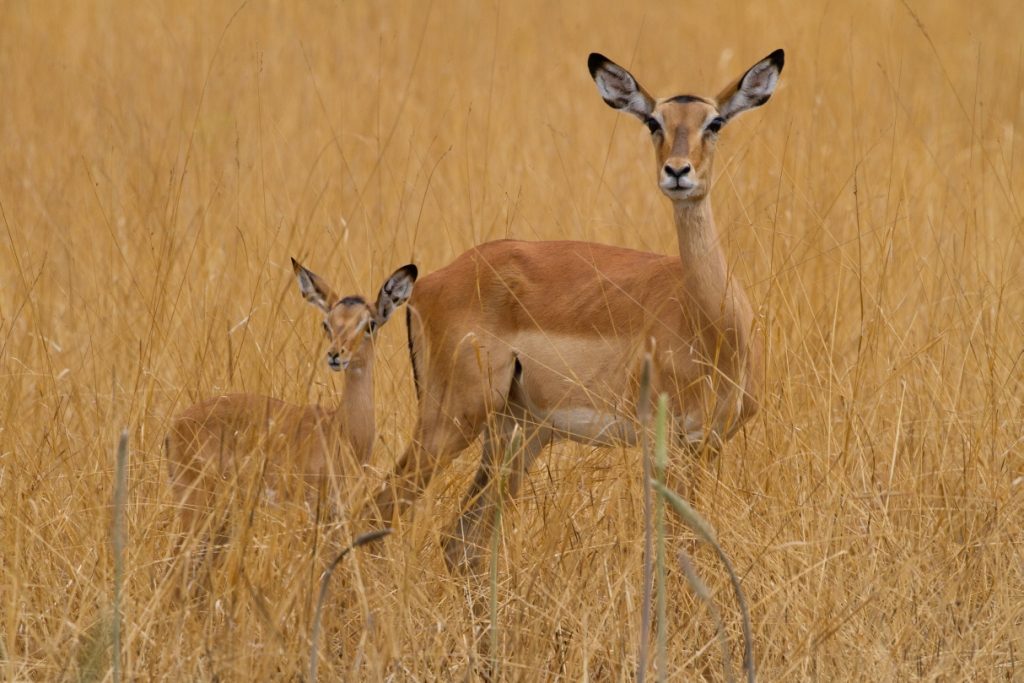