It seems that the elephant are increasing in this area. More young are being seen. It appears as if the variety of wildlife for the Mushingashi is building up.

18 to 22 wildebeeste (Only the 3rd sighting in nearly 10 years),
a single haartebeeste and a group of 9,
four groups of zebra,
one group and 2 single impala,
2 groups of puku,
a waterbuck, duiker, jackal, and
a single and small group of oribi

Wow! I had such an amazing break at the Fly Camp on the one and only free night in camp before the next guests arrived. I decided to spend the night at the Fly camp, having heard that a lion had chewed a blanket and cushion. I was a tad curious as to which cushion and blanket had been chewed, so waited for Musango to come back from cutting thatch and packed some rice, milk and a tin of tuna and set off as the sun was setting.

I can’t tell you how beautiful it was. The sun was setting as a great red ball, the sky a beautiful red and pink and mauve, reflecting in the river, which was completely still. So I was going down the river on a mirror, It was quite a weird sensation actually. It did not look as if we were moving, except for the silhouetted trees being different as we went along… palm trees, the Livingstone Shade tree with eerie fingers held up against the fast darkening sky, the evening star as bright as a light. The wake of the boat appeared to be the only movement.

Anyway we arrived at the Fly camp with our two trusty caretakers standing on the bank flashing their solar lamps. I clambered up the bank to see a small warm and welcoming fire, and my favourite chair next to it. A lovely kettle of hot leaf tea was ready. They kindly carried my rucksack to the tent and came back to tell me camp/bush news…

The lion had just stopped roaring as I arrived, but was heading towards camp. They had heard two leopards around the camp, and hyenas too. I thanked them and told them to go to bed as I was fine sitting by the fire. I wished them good night and sat and listened, watching the most amazing stars appearing, listening to occasional hippo grunts, with sleepy black eyed bulbuls chattering as they got ready to roost. Then the shrill scops owl calls started. There must have been at least four calling each other at one stage. Suddenly the peace was shattered by the lion roaring… oh my goodness-just behind the kitchen anthill. I definately decided that discretion was the better part of valour and picked up my cup of tea and walked up to the tent, not too slowly I might add! …hmmmm, yes indeed.

I zipped myself in and lay and listened. It was a lovely night. Lions were roaring – one very close by. He stayed in the same spot all night while the others were quite far off to the east. Hyenas were calling and whooping, leopard grunts on both sides of my tent, baboons quarrelling in the night.

I did sleep as well, but was woken by these sounds every now and again, especially the close ones, and every now and again a hearty breeze would come up making the leaves rustle and whisper about. As the sky got lighter I watched a flock of busy, bustling guinea fowl rushing backwards and forwards along the paths…so busy and looking like big fat muffins running about. The birdsong started, and a puku alarm call, from three puku grazing on the burnt bit near my tent, I disturbed them as I went down to the dining room where Edward had made me a little fire. The kettle was steaming merrily and I have to say it was really chilly, but toes and hands soon warmed up over the fire.

The green pigeons started their fat chuckling calls as they sat warming themselves in the top of the jackalsbessie tree. I watched them through my binoculars for ages, as other sounds started. The lion continued to roar until about 7.5O in the same place and then he wandered down stream, giving two more roars. The leopard called at about 9am.They are obviously not totally nocturnal.

We then heard a fussoking of hyenas and a buffalo noise. The hyenas continued for a while. Edward proudly took me around the whole Fly camp. He had made circles around all the lion tracks and showed me where the lion had taken the cushion and chewed it up. This was a nosy lion, who checked out three of the tents and actually put his paw on one of the chairs. I must say I think it would have been pretty nerve wracking if we had been in the tents as at some points the tracks are inches from the tents! So this is a nosy, investigative lLion, who likes to check things out thoroughly. I’ve taken photos of the circles although that doesn’t show the tracks clearly on the camera as they are a bit faint. I think I’ll call him Sherlock. Nice name for a lion, don’t you think? 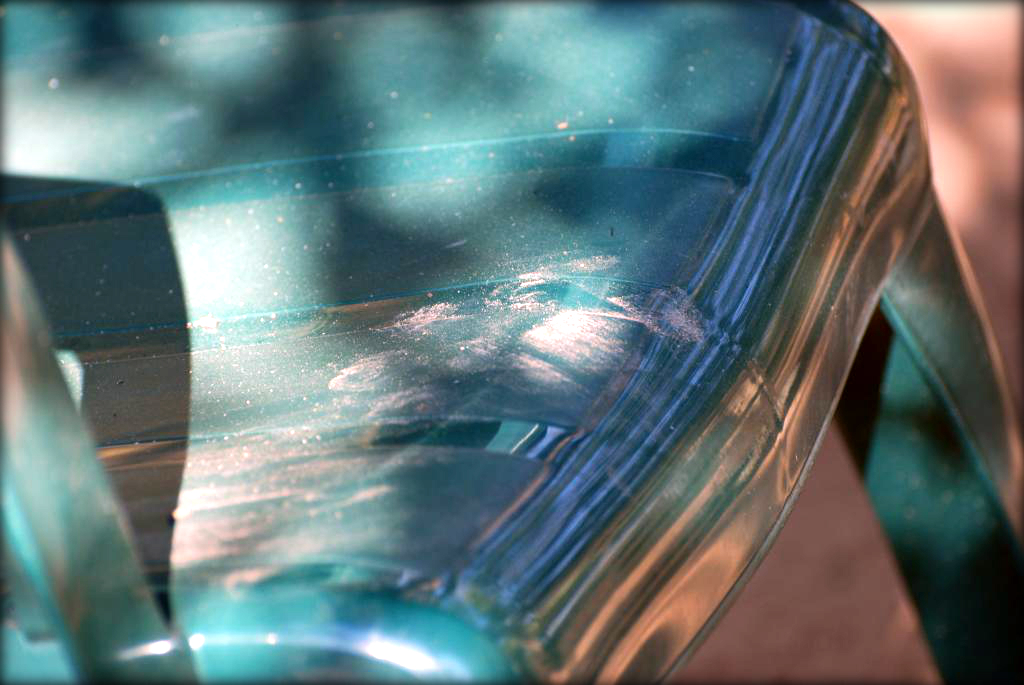